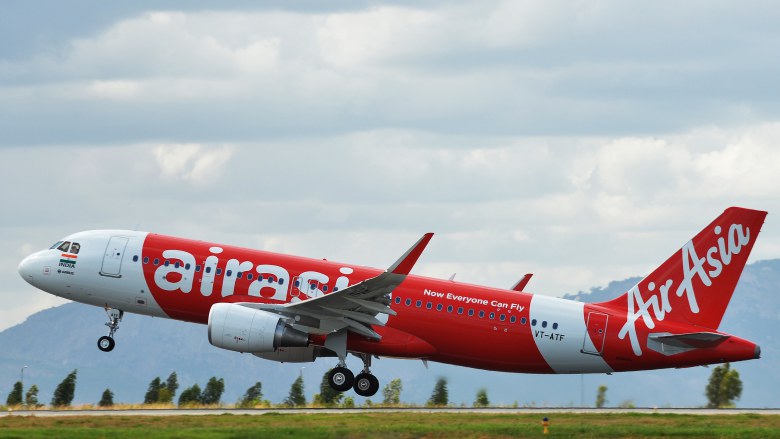 An AirAsia India Airbus A320 takes off as it embarks on the carrier’s inaugural domestic flight to Goa from the Kempe Gowda International Airport (KGIA) in Bangalore on June 12, 2014. Asia’s biggest budget carrier AirAsia launched its debut flight in India on June 12, fuelling a cut-throat fare war in a sector already reeling from losses. AirAsia India will fly from the high-tech hub of Bangalore to the popular coastal resort of Goa, as it seeks to become the lowest-cost budget airline in the country. AFP PHOTO/Manjunath KIRAN (Photo credit should read MANJUNATH KIRAN/AFP/Getty Images)